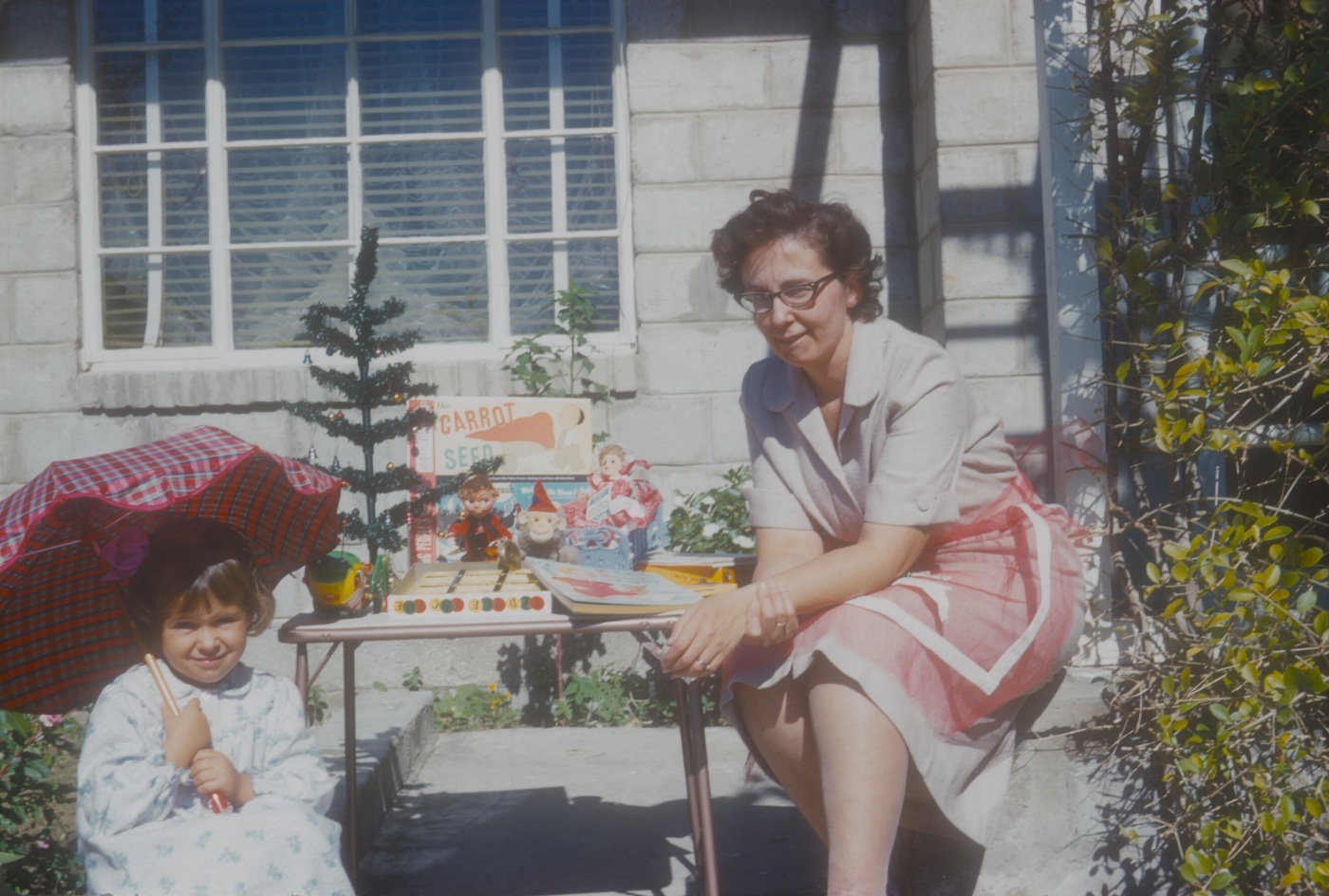 My one chance in life to play the Virgin Mary was ruined by Freddy Bobb.  I swear it was him.

Each year, our Sunday School retold the story of the first Christmas and one particular year, Freddy was chosen to be Joseph and I was blessed with the role of his pregnant fiancé.  The original annunciation could have hardly brought more joy.  But year after year, the coveted role had gone to the pretty girls; the blond, the blue-eyed, the demure.  True, I had brown hair and gray eyes  — far closer, I thought years later, to the original Middle Eastern maiden than the stateside visions of a Renaissance Queen of Heaven.  But getting the “demure” part down was my biggest hurdle.

Once in a Primary Church pageant, as we were all on stage singing a carol, I decided it would be the perfect time and the right audience to show off my Christmas finery.  Just standing there displaying my new dress was not enough for me.  I raised my skirt and turned around in front of God and everybody to show off my lace-ruffled underwear.  No wonder the Virgin Mary was out of reach for so long.

That one Christmas, the pageant director took leave of her senses and Freddy and I hit the stage to pantomime our way to a stable in Bethlehem as the grade-school narrators struggled through the second chapter of Luke’s Gospel and the Junior Choir sang the carols.  I had a crush on Freddy until he teased all affection out of our relationship. He’d be just the fellow to turn this sacred ritual into yet another joke on me.  My version of the Holy Family had them solemn and awed by the weight of their historical responsibility.  Just at the point in the pageant where I walk forward out of the makeshift stall and sing a lullaby to my child, I busted out laughing.  Freddy had carefully handed me my bundle of joy, replete in swaddling clothes, and I walked out to the center of the stage.  I opened the blanket at the proper point in the song to reveal the face of the Christ child to the crowd, and the doll was upside down.  I was singing my heart out to the baby’s fat bottom.  To this day, I know in my bones Freddy had something to do with up-ending the baby Jesus.

Our Protestant Christmas program was not the only one during the Advent season.  There was a bigger one, produced by the Catholics, the Episcopalians, and us: THE Nativity Pageant.  Each year, we received the gracious permission of whoever granted such a privilege and staged the Christmas story in the community ballpark on Kings Road.  Far from just having to make do, we used the country to our advantage.  Unlike stateside, we had real shepherds, real camels for the wise men to ride, and real donkeys to carry the Virgin Mary to her destiny.  They were as close as the desert that surrounded our town.  Even as late as the mid-seventies, the Bedouin still passed through the area, and these first-century fixtures were still part of twentieth-century market days in the nearby villages.  It was always a flawless show except for the year when Mary Stoffer played the Virgin.  She was indeed blond-haired and blue-eyed.  But the donkey bypassed the makeshift stable, trotted out through centerfield, made a beeline across the basketball court toward the swimming pool where somebody finally reined him in.

I can’t imagine what the organizers told the Saudis.

“Hello, we’re Western Christians … you know, those ambitious folk who felt Jerusalem belonged to them, so we invaded your kingdoms for the right to a piece of real estate?  Yes, we’re the people who worship Christ as the only Son of God, contrary to the teachings of Mohammed in this Holy Land of Islam, and we’d like to borrow your Moslem countrymen for a Christian pageant…”

I don’t know which was greater: our audacity or their generosity.  It was something beyond both of us.  Each year beyond the bleachers, there would be a crowd of Arab men in their long thobes and headdresses, watching us.  I don’t know whether anyone ever asked them what they thought.  My father had instructed me they looked upon us as “People of the Book,” as fellow worshippers of one God.  It was enough.

If we enjoyed freedom of religion in that faraway country, it was indeed a granted privilege, not a “right.”  There is a story in Islam that in Mohammed’s historic flight from Mecca to Medina, the Prophet hid in a cave and a spider came to weave her web across the opening, leaving Mohammed’s pursuers to believe that no-one was inside.  The same event is recorded in Catholic legend during the flight of the Holy Family from the wrath of King Herod.  Once again, this time in the Christian version, a spider is said to have crafted a silken shield across the entrance to a cave, and pursuers of the Christ child and his family were deceived.  So it was for both faiths, and most certainly for our Christian “fellowship groups” in Saudi Arabia.  We, too, were veiled, by a tradition of discretion and a strict code of hospitality.  We were free to worship the one God proclaimed by both faiths.

For weeks ahead of time, seamstresses from all three denominations diligently fitted the angels’ diaphanous garments and wings.  The joint choirs rehearsed the music and the men who kept the oil flowing turned their energies to the scaffolds and a sound system that would transform a baseball diamond into a stage for stories from long ago.  If I was lucky, my December 19th birthday would fall on the night of the Pageant and after cake and ice cream, we would gather blankets and thermoses of hot chocolate to head for the bleachers a few blocks away.

Ed Hill, Tim and Tom’s Dad, began the story in his low and booming voice as Mary and Joseph began their weary journey to Bethlehem to face the first-century version of the IRS.  After settling them in the stable, the spotlight would shift to the wise men on their camels at the far end of the field, gazing in awe at the star that would lead them to the manger.  And finally, the third group of witnesses would be illuminated; the shepherds with their flocks huddled in the chilly air.  And the angels would sing to them, their wings spread high above their heads, sending their tidings of great joy down from the scaffolding to the field below.

During the music of the choir, I would look back over the tops of the bleachers to the night sky, stars studding the huge dome like jewels, and exult in my good fortune.  This would be as real as it could get, this would be as close as I would come to that night when an angel’s light pierced the darkness of the cold desert. We had no snow, no wreaths, no live evergreens perfuming our living rooms.  There had been no room for Mary and Joseph at the inn but like them, we had found a place to celebrate the coming of a child. The pageantry was made real to me by the gift of sharing the same country with the shepherds of long ago.

4 thoughts on ““And there were in the same country, shepherds, abiding in the fields…””